“It’s an honour to be here, and I am humbled to stand on this stage, at this great institution, and receive an honorary degree,” said Yussuff in his Convocation address to Brock’s Faculty of Social Sciences graduates. 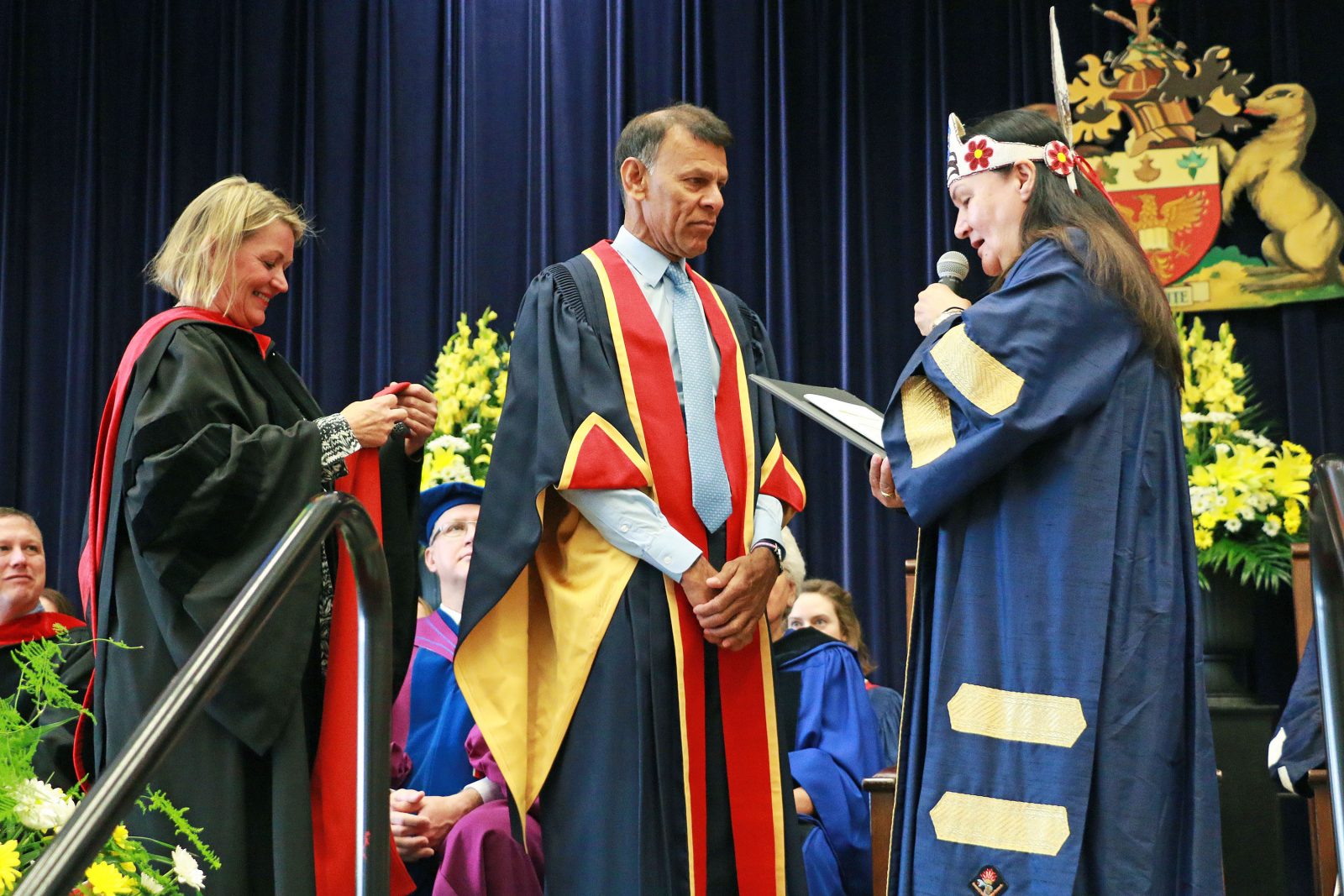 He went on to challenge the young leaders in the room to get engaged in Canada’s democracy, and to fight for change.

“Democracy is not a spectator sport. Progress doesn’t happen if we leave things to other people. Figure out what you’re really passionate about and find an issue that speaks to your core beliefs, that inspires you and that motivates you,” said Yussuff.

Shortly after immigrating from Guyana, Hassan became a union member in 1976. He was elected union chairperson in his workplace at the age of 19. He climbed through the ranks of the Canadian Auto Workers union (CAW) before becoming the organization’s first Human Rights Director. He went on to serve 15 years as Executive Vice-President and Secretary-Treasurer of the Canadian Labour Congress before being elected in 2014 as the first person of colour to lead Canada’s labour movement. His lifelong commitment to human rights has defined his career.

Yussuff encouraged graduates to fight for the change they want to see by working collectively with others who share their values. He also reminded them that there will inevitably be setbacks, but that great leaders never quit.

“Nothing worth fighting for ever comes easily. Those in power are not going to serve up the solutions you want on a silver platter. But true leaders know that it’s important to push on and never to give up. Progress is always possible,” said Yussuff.